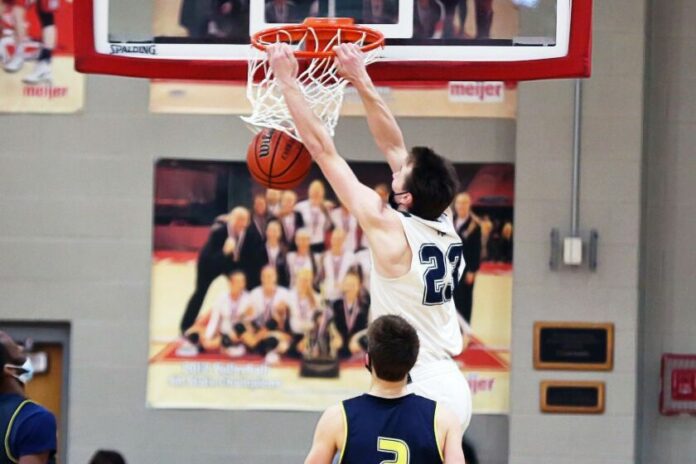 The spring phase of the grassroots basketball season culminated this past weekend with the annual Run ‘N Slam tournament in Fort Wayne, Ind., where numerous Illinois club basketball organizations competed.

Here’s a City/Suburban Hoops Report Three-Pointer devoted entirely to the under-the-radar squad and players that stole the show.

While the Run ‘N Slam isn’t as loaded or recognized as it once was, it’s still a chance for so many different teams from various geographical locations to participate.

This covers several programs from various shoe-sponsored leagues that don’t usually compete against one another.

The Under Armour Association and Nike’s EYBL were represented, as were perennial Illinois AAU powerhouses Meanstreets, Mac Irvin Fire, and the Illinois Wolves. Those rosters are made up of the state’s finest college prospects.

However, it was an Illinois program without a shoe contract or big-named prospects that outperformed the more publicized teams and players.

Full Package was defeated 70-67 in the championship game by the Midwest Basketball team, which is captained by Indiana (Gabe Cupps) and Kentucky (Reed Sheppard) commits.

Young & Reckless, another Illinois team without a shoe contract, won the Gold Division title on Sunday.

Full Package may or may not contain a player who advances to the Division I level. At that level, there are two or three candidates who are on the verge of attracting additional recruitment attention. But it’s a squad full of experienced and influential high school basketball players from the previous season. They work hard, play well together, and will play collegiate basketball at some point.

Only the most die-hard high school basketball fan will recognize the names of the headliners.

Jake Fiegen, a New Trier shooter, was instrumental in the Trevians’ 30-win season and sectional title game appearance. Throughout the weekend, he demonstrated his shooting skill.

Lemont twins Mantas and Rokas Castillo contributed to an unlikely state tournament run this past March. Lemont’s tenacious, competitive guards led the team to a Class 3A super-sectional berth, where they were defeated by Simeon.

Niko Abusara of Benet and the Rolling Meadows trio of 6-7 Mark Nikolich-Wilson, 6-4 Foster Ogbonna, and 6-7 Tsvet Sotirov are also key players for a Full Package team that went 5-1 over the weekend.

Mark Nikolich-Wilson of Rolling Meadows was the breakthrough player in Fort Wayne this past weekend. He was exceptional in guiding his Full Package squad to victory.

Nikolich-Wilson was an effective player for the Mustangs throughout season, contributing to a strong supporting cast for standout Cameron Christie. He averaged 12 points and nine rebounds per game as a junior, displaying an arsenal of all-around basketball skills.

The strong 6-7 Nikolich-Wilson is a skillful big man who can sink a three, handle the ball in the open floor, and use slick footwork, craftiness, and touch under the rim. He plays physically while also having a high basketball IQ and understanding of the game, which is extremely valuable to any team he plays for.

He’s also put in a lot of effort over the last year to enhance his physique, training, and skill.

Nikolich-Wilson has obviously established himself as a scholarship-type player, and he will be a difference-maker for one of the top teams in the state next season. Division II programs should get significant funding.

From an evaluator’s standpoint, junior Niko Abusara shouted promise when watching Benet this past season. Abusara’s potential was evident, with his length, dynamic frame, and bounce off the floor.

He had a strong junior season for the Redwings, receiving East Suburban Catholic Conference all-conference honors. But expect Abusara to have a big senior season this winter, as he has grown to 6-4 and is displaying not just greater agility but also more confidence.

During Full Package’s run in Fort Wayne, Abusara impressed with an improving perimeter shooting and highlight reel moves in getting to the hoop.